Meeting place for Flames of War in Canada

We don't really have any forum rules, but as we get more and more people involved (no one person posting more) its going to get harder and harder not to come up with rules.

Try not to have multiple threads for the same topic.

Just posting 'LOL' is spam. I've been a moderator for many forums. And almost all of them ban spammers. In fact I think the Battlefront Forum is the only professional forum I've seen that doesn't ban spammers. But it is a poorly designed and maintained forum.

We aren't going to ban anyone for spamming, but if you don't have something constructive to say then don't post it.
So, we'll just make fun of spammers

We have a few younger people on here so watch your language. Don't make me put an age limit on here. This hobby isn't adults only.

We aren't busy enough to have rules yet. But hopefully soon. 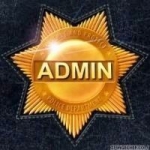 Personally I wouldn't even mind banning spammers after a warning or two. Spamming just ruines forums and makes it harder to get more people engaged when they see the same thing over and over or a 14 page thread of mostly spam.

Good idea to start thinking about this for sure.

Thanks Curtis - I try to 'pre-read' before I let Brody on - or I just tell him about what is up.